Bars and licensed premises across Northern Ireland are preparing to welcome a major change to licensing laws from 1st October.

In what has been described as the biggest change to our licensing laws in a generation, it is hoped that the modernisation of the local liquor licensing laws will allow Northern Ireland to align its licensing laws with similar economies. The hospitality sector will be able to enjoy extended opening hours until 3am, drinking up time will be extended to an hour from half an hour previously and it can provide events for longer hours for a number of occasions each year. Removing the restrictions on alcohol sale at Easter brings a more up-to-date position for the sector.

The addition of the new category of license for local distilleries and breweries recognises local businesses who have produced and distributed their products for many years here in Northern Ireland. This gives recognition to the heritage of the industry and its huge role in the Northern Ireland economy.

Cinemas are to be added to the category of premises which can now apply for a liquor licence. This seems likely to alter the social dynamic and may encourage some previous cinemagoers back, following the recent trend in at-home streaming services for film and television putting the film industry under threat.

The Licensing and Registration of Clubs (Amendment) Act (Northern Ireland) 2021, will be stricter on selling alcohol via self-service or vending machine. The changing nature of the way consumers shop e.g. online, are viable concerns in the sale of alcohol So it is encouraging to see that the legislation deals with these new challenges.

The health and wellbeing of consumers is also covered in the Act and includes the introduction of stricter controls on advertising of alcohol promotions in supermarkets and prohibition of loyalty schemes in which alcohol is purchased. It is hoped that these restrictions will encourage consumers to purchase only what they intend to when shopping in the supermarket. This may help to build on a healthy and balanced approach to alcohol consumption.

The revamp of this law will undoubtedly modernise the way liquor licensing operates in Northern Ireland. It recognises the change in the way people choose to socialise and celebrate and these changes are also set to support the tourism that Northern Ireland has attracted and welcomed in recent years, allowing businesses to enjoy the relaxation of previously stricter controls on opening hours while adjusting the Act for the new age consumer.

Following the COVID-19 pandemic, the hospitality sector has suffered huge financial loss and a lot of uncertainty and so it is hoped that this Act offers a form of assistance in its recovery and allows for some welcome diversification in the sector. This is an innovative and exciting time for the industry and the various sectors which will benefit from this update on the current legislation.

The Hospitality and Leisure Team at McKees understand the challenges that businesses face in such a heavily regulated sector and offers legal experts from across a range of specialisms including employment, financial, dispute resolution, obtaining liquor licenses and property. 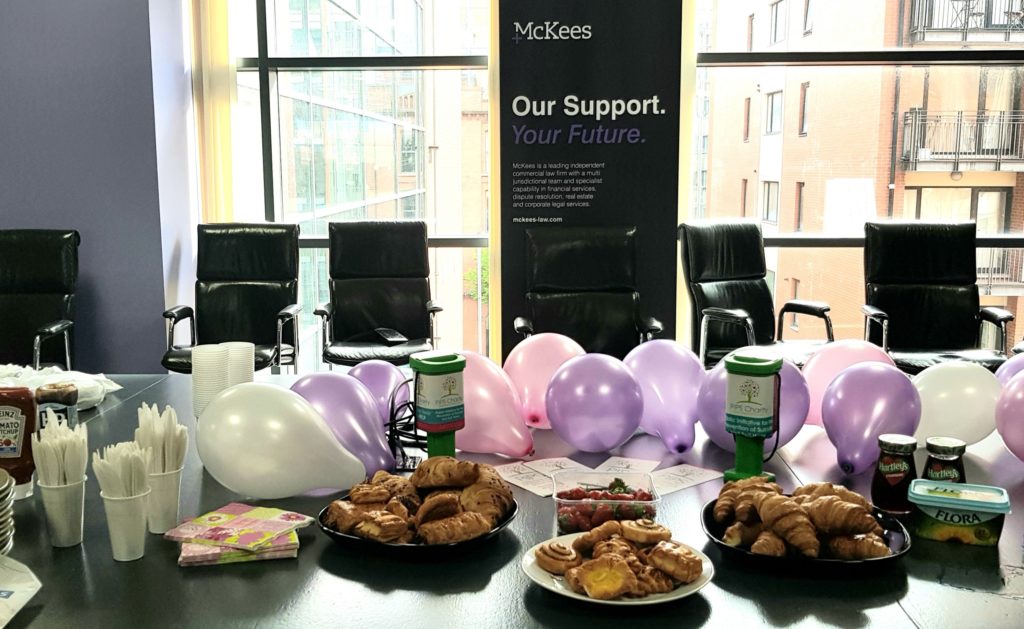 Breakfast in aid of PIPS Charity