Home / Who gets the money when you tip?

Who gets the money when you tip? 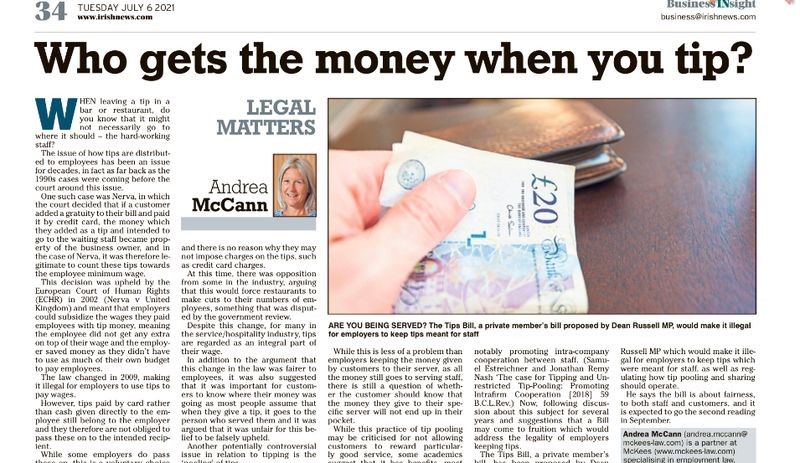 When leaving a tip in a bar or restaurant, do you know that it might not necessarily go to where it should – the hard-working staff? Article written by Andrea McCann, Partner McKees

The issue of how tips are distributed to employees has been an issue for decades, in fact as far back as the 1990s cases were coming before the court around this issue.

One such case was Nerva, in which the court decided that if a customer added a gratuity to their bill and paid it by credit card, the money which they added as a tip and intended to go to the waiting staff became property of the business owner, and in the case of Nerva, it was therefore legitimate to count these tips towards the employee minimum wage.

This decision was upheld by the European court of Human Rights (ECHR) in 2002 (Nerva v United Kingdom) and meant that employers could subsidize the wages they paid employees with tip money, meaning the employee did not get any extra on top of their wage and the employer saved money as they didn’t have to use as much of their own budget to pay employees.

The law changed in 2009, making it illegal for employers to use tips to pay wages. However, tips paid by card rather than cash given directly to the employee still belong to the employer and they therefore are not obliged to pass these on to the intended recipient.

While some employers do pass these on, this is a voluntary choice and there is no reason why they may not impose charges on the tips, such as credit card charges. At this time, there was opposition from some in the industry, arguing that this would force restaurants to make cuts to their numbers of employees, something that was disputed by the government review. Despite this change, for many in the service/hospitality industry, tips are regarded as an integral part of their wage.

In addition to the argument that this change in the law was fairer to employees, it was also suggested that it was important for customers to know where their money was going as most people assume that when they give a tip, it goes to the person who served them and it was argued that it was unfair for this belief to be falsely upheld.

Another potentially controversial issue in relation to tipping is the ‘pooling’ of tips. While this is less of a problem than employers keeping the money given by customers to their server, as all the money still goes to serving staff, there is still a question of whether the customer should know that the money they give to their specific server will not end up in their pocket.

While this practice of tip pooling may be criticised for not allowing customers to reward particularly good service, some academics suggest that it has benefits, most notably promoting intra-company cooperation between staff. (Samuel Estreichner and Jonathan Remy Nash ‘The case for Tipping and Unrestricted Tip-Pooling: Promoting Intrafirm Cooperation [2018] 59 B.C.L.Rev.)

Now, following discussion about this subject for several years and suggestions that a Bill may come to fruition which would address the legality of employers keeping tips.

The Tips Bill, a Private Member’s Bill, has been proposed by Dean Russell MP which would make it illegal for employers to keep tips which were meant for staff, as well as regulating how tip pooling and sharing should operate. He says the Bill is about fairness, to both staff and customers, and it is expected to go the second reading in September. 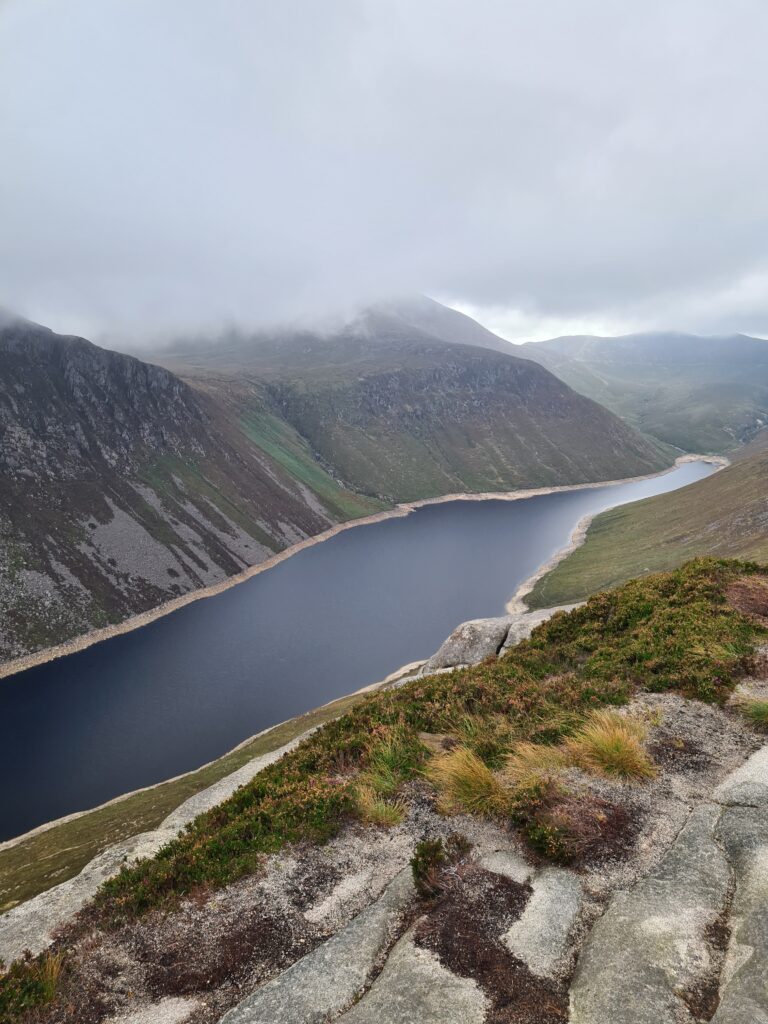 Some of the McKees team took part in the Hike... 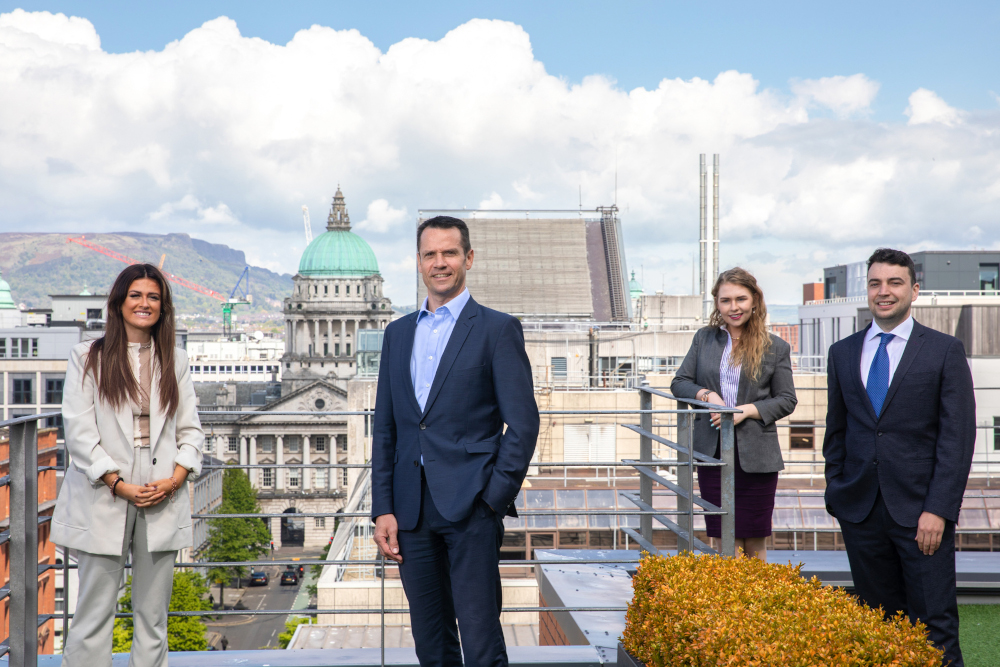 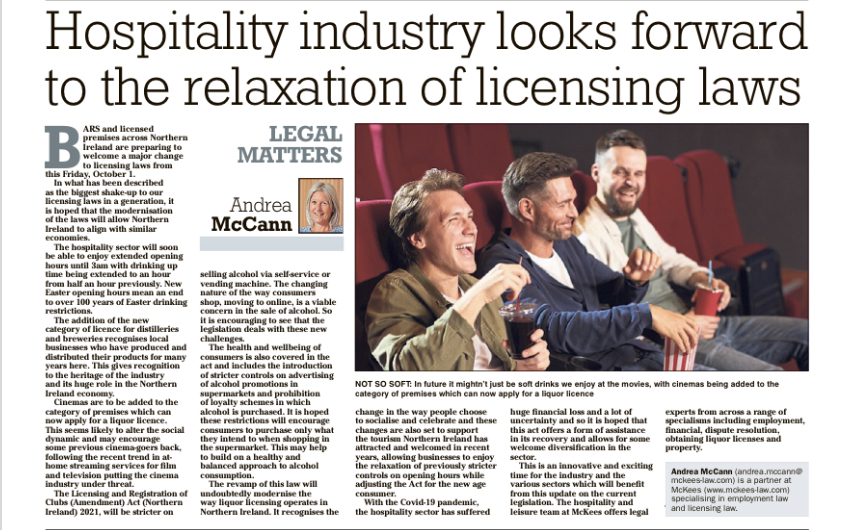 Bars and licensed premises across Northern Ireland are preparing to... 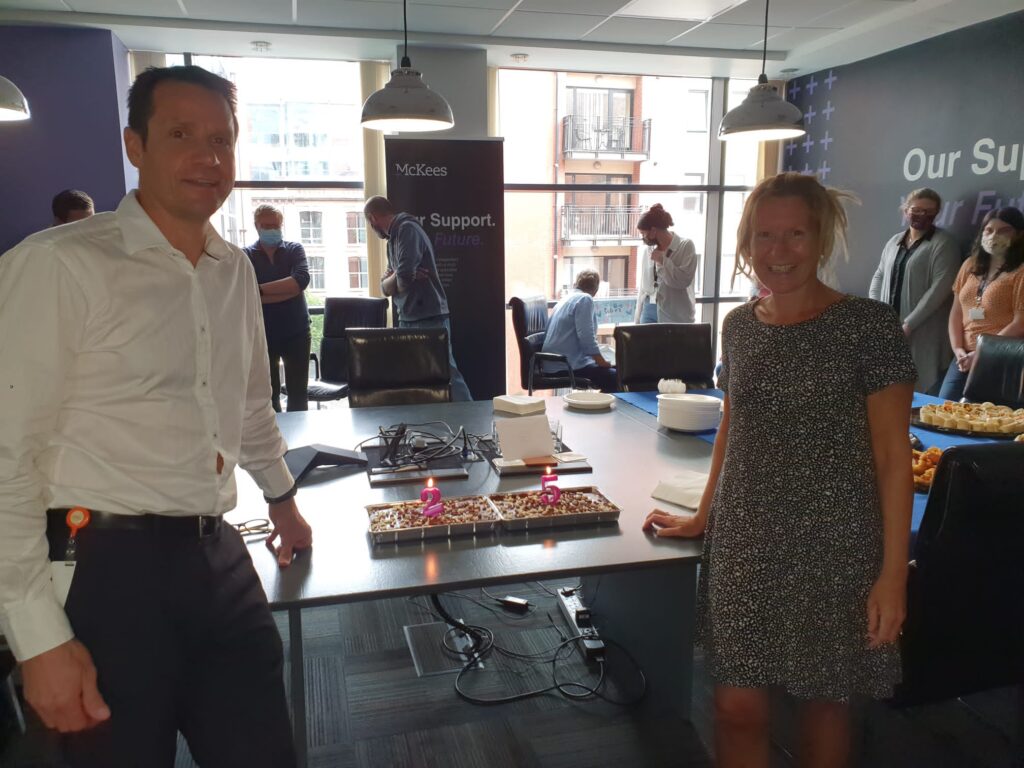 Redundancies: Employers should consider all options before furlough scheme ends

With just over three months until the end of what... 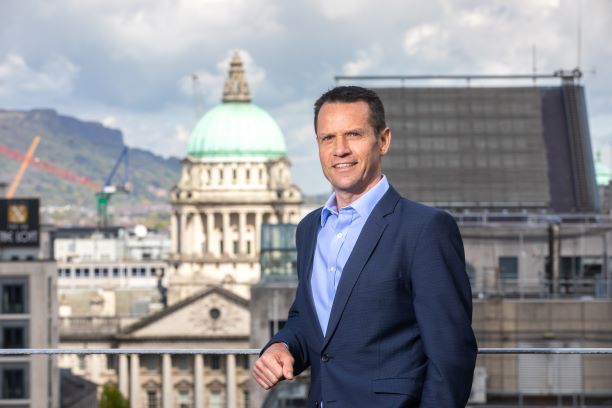 The Belfast Telegraph Business Awards 2020 was held on September...